Stepped into someone else’s dream today….

What amazes me most about the following experience is not how negative someone can get over nothing, but that I was able to stay present enough to observe the scene before me without getting pulled into it or without having my day ruined by someone else’s limited perceptions.

In five short minutes, the hardware store employee used more subtle yet negative words in my presence than I thought possible to compact into such a small chunk of time. Instead of being blessed with the “you can do it” attitude of the previous owners, I was “subtly slimed” with a shower of unconscious pollution. 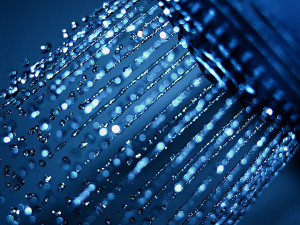 While none of the negativity was directed at me, per se, I was on the receiving end energetically, if I chose to be. It is important to note that this exchange, this shared moment occured in an unconscious way, it was an old tape that I got to listen to, one that has probably been playing in this particular man’s psyche for about 65 years. I was given a window into his world and into his perceptions. When he was done bashing the new computer system, he went on to bash himself and his abilities.

At one point, I considered defusing the situation with some humor or positive comments, but I was literally slowed down or so slayed by his litany that I went along for the ride down the stream. Is life but a dream? Or is this someone else’s nightmare?

We all desire the same things; to be useful, to be effective.We prefer to have life flow easily and effortlessly and are disconcerted at best when the bumps present. What we don’t realize is that we attracted the bumps to us and what we don’t believe is that we can change the ride in mid-step.

This person reminded me how we can unconsciously surround ourselves with negativity and think nothing of it. If it is so familiar to us to view everything from a critical position, we don’t realize we have a choice to draw the positive to us, to literally create positive, joy-filled moments in every moment.

My old friends are still here….

Are you responsible or committed?
Scroll to top