Chuck Stenzel – a life too short 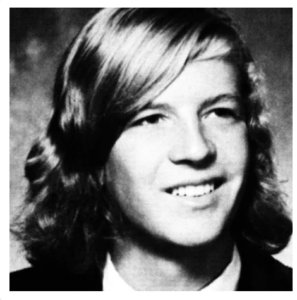 Eileen Stevens is one of my American heroes

Her son, Chuck, had come from Long Island, New York to go to Doane college in Crete, Nebraska. Chuck was a handsome, fun-loving young man with thick wavy blond hair, blue eyes which always contained a sparkle and a killer Long Island, New York accent sure to melt any midwestern girl’s heart.

Chuck and I were freshmen together at a tiny liberal arts college just a half hours drive from Lincoln.

Small college means everyone knows everyone

There were only 650 students attending Doane in 1975, which meant there were only 160 students in tne entire freshmen class. It was definitely a school where everyone knew everyone, although you really got to know the folks who lived in the same dorm or in the dorm next door. While I lived in the boring women’s dorm, Chuck lived next door in the super fun co-ed dorm.

The co-ed dorm was way more fun than the women’s dorm; duh

There was always wild stuff happening at the co-ed dorm which drew me to spend much of my free time there. Early on in the fall semester, Chuck and I started dating, which on a small campus, meant you hung out together at parties. Chuck didn’t party to the extent that I did, it was the 70’s after all, didn’t everyone smoke pot back then? He didn’t even drink alcohol.

Chuck’s best friends; Jimmy and Mike drove down from Long Island to visit him twice that semester. His two friends and I hit it off great and they knew how to party. So when they came to visit, I would party with them and hang out with Chuck. One of his  buddies even made the attempt to teach me how to skateboard; let’s just say, he was good at catching me before I fell.

An embarrassing antic with the three of them ended up costing me part of a tooth. It’s not always easy to make good decisions while under the influence of multiple mind-altering substances. For some unknown reason, during the dorm party, someone removed a red, round, heavy, metal fire alarm cover from it’s location, high up on a wall. Chuck’s friends and I decided to do our good deed and put it back up on the wall.

Soon, I was standing, with each foot, on a separate set of raised interlocked hands. I then reached up to place the heavy metal object back into position on the wall. Maybe I lost my balance, maybe someone wobbled; but the end result was having a heavy metal object come crashing onto my mouth. In that moment, a corner of my top front tooth chipped off, leaving some residual red paint on the rest of the tooth.

I was so embarrassed and devastated to have a chipped tooth. I was slightly inconsolable, it was such a bummer.  My mother had to come and get me the next morning to take me to the dentist. Somehow, my mom and the dentist bought the ‘yarn’ I told them about how I chipped my tooth on a red metal cup.

He told me all about living near the ocean and the process of raking for clams; an activity he had done most of his life during the summers. He also talked about all his female conquests from high school and continually pressured me to be his next one.

Even though I thought I loved Chuck, I knew he loved ‘all things Long Island’ more than me and that he couldn’t resist the tug to go back there. It was obvious that Chuck was not going to remain long in the land-locked midwest. Apparently, there is an unbreakable umbilical cord connecting people to the ocean when they’ve been raised by it.

Chuck was always so homesick, bemoaning how much he missed his little sister and other siblings. He missed his mom and his 2 best friends and I was clearly not enough to keep him in Nebraska.

After only one semester at Doane, he headed back to Long Island for good. We did keep in touch by letters for a short while, but then our lives kept moving away from one another and the letters stopped entirely.

I attended Doane for three years, and did a junior year spring semester abroad in Copenhagen, Denmark. Once I returned from Europe, I received the Doane College summer newsletter, which contained death notices of alumni. There I read the tragic announcement of Chuck’s death. I was shocked, stunned and so sad.

Thankfully, Chuck’s best friends had given me their addresses before they had left Doane for the last time. I wrote letters to both of them, to inquire about Chuck’s death. Neither one of them answered my letters, but one of them gave my letter to Chuck’s mom.

Chuck’s mother writes me back

It wasn’t long after that, that I received a manilla envelope from Eileen Stevens. It was filled with newspaper clippings, which described how Chuck had been killed in a fraternity hazing incident in upstate New York, at Alfred University. “He was kidnapped from his dorm, locked in a car trunk in freezing weather with the other pledges, and forced to consume a lethal mix of bourbon, wine and beer.

Chuck was dead within hours due to acute alcohol poisoning and exposure to cold. Other pledges were hospitalized but fortunately they lived.”   What a tragic loss of such a bright spirit. I could not imagine his family’s pain.

At that point, Eileen and I began a lifetime of correspondence, with occasional phone calls. She soon created an organization to combat college hazings and their resultant tragedies.

His mother was also a featured guest on Oprah, 20/20, The Today Show, Good Morning America and Phil Donahue.

Eventually, anti-hazing laws were passed in the majority of the U.S. (the quotes are from www.stophazing.org ) Unfortunately, hazing and it’s tragic results continue occurring to this day in colleges and universities across the U.S.

There was even a TV movie made in 1994 called Moment of Truth: Broken Pledges.

44 years later, Chuck’s mom and I still keep in touch

A few years ago, I was not surprised to receive my annual Christmas card from Eileen Stevens. Nor was I surprised to see her annual request, “please tell me what 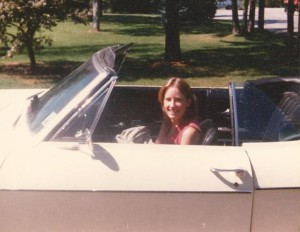 you’ve been up to.”  I had not yet gotten around to replying to her annual request when I was surprised by yet another card from her.  This one contained the photo below, which was taken when I went to Long Island in 1979 to visit Chuck’s family and friends.

I was going to grad school in New Hampshire, so it was an easy drive to Long Island from NH. It was a pleasant visit and I really enjoyed re-connecting to one of Chuck’s friends. The following summer, I travelled to Nebraska to meet Eileen at Doane College, so she could see where Chuck had gone to school and share her message against hazing.

It has now been 44 years since Chuck’s death. I am amazed by how much time has gone by already and I am buoyed by knowing my fond memories of Chuck are still quite crisp, which speaks volumes about what a special, loving and memorable person he truly was. My life still remains enriched for having known him.

February 24, 2022: It has now been 44 years since Chuck’s death caused by hazing. May his family continued to be held by the Divine, soothing a loss that is always felt.

The Gift and Blessing from Mary
Scroll to top