So I have a choice, I can go all, ‘why me’ on myself and add insult to injury or in this case, whining to injury. Really, Universe, you thought it was a good idea that I get another wasp sting, exactly one week later from the five I got last week on the back iof the same hand? Yes, it’s true, the other wasps stings are just a memory now, as their remnants are barely visible and completely healed. I must say, upon comparing trauma incidents, I am quicker now to notice when I have upset a wasp nest and quicker to say, ‘no way’ and back away from the flying attackers. With that said, it is still scary, upsetting and maddening to have this opportunity once again.

This time, I was able to slow- motion watch my body reaction build up and feel the’ knowing I just got stung’ shift to actually feeling exactly where the sting occurred and  feel the sting-y-ness of it, which quickly expanded to itchy, swelling, burning pain.  Emotionally, I felt my fear move toward panic and minor feelings of  hysteria.

Now,  I am super motivated to reverse this trauma as quickly as possible as I am heading out of town tomorrow and a swollen hand is not going to be helpful. My choice to launch an aggressive response has been validated and the reward is a completely calm hand with minimal swelling. So now it is an hour later and my hand is tired of typing; time to re-evaluate what remedy is next, instead of the ‘put the hand up and rest’ remedy.

Being fascinated by my success at calming this reaction down, I am noting the combination of remedies, thier order, their repetition and rapid execution of these remedies which  include; homeopathic medicines, flower essences, herbal tinctures, baking soda and  prayer. Hopefully this will be helpful to others like me, who refuse to suffer unnecessarily and choose to minimize the ‘footprint’ of the damage.

Within minutes of being stung;

rescue remedy on the sting

hypericum tincture on the sting (one drop), feeling some relief

calendula tincture, on the sting(one drop), a little better

after paste has dried and craciked and fallen off, 5-10 min later

arnica 200c(5 pellets, under tongue) for shock and swelling 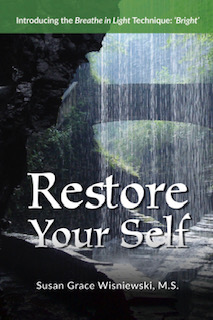