Finding My New Office with My Intuition 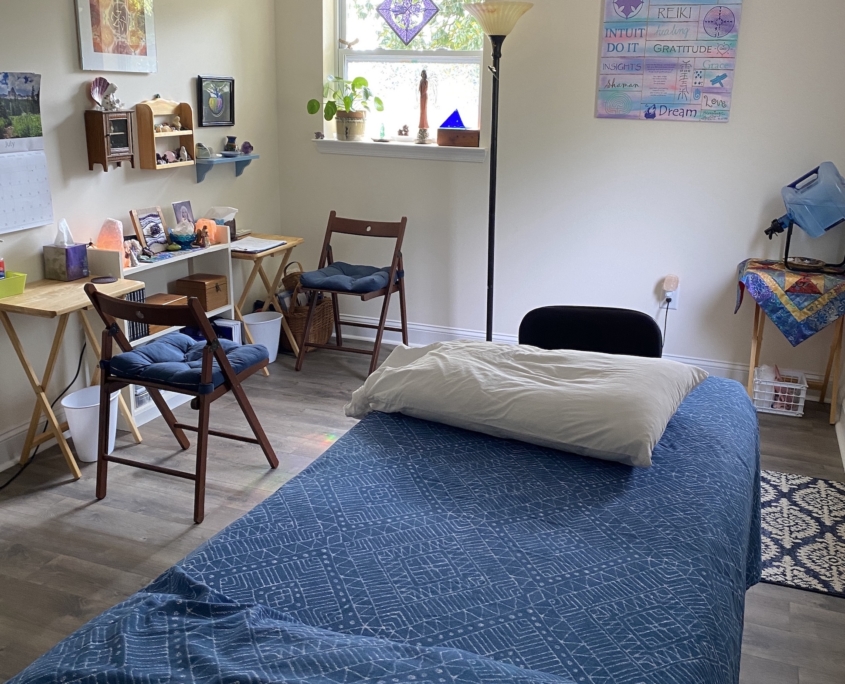 An intuitive nudge told me to think about an office

Although I had a physical office for 17 years, the combination of the pandemic and other intuitive insights convinced me to let go of that space permanently. So, imagine my surprise when about 5 weeks ago I got an intuitive nudge from Spirit about a new office space. This nudge came to me as a thought, which popped into my head out of nowhere. Although finding a new office with my intuition was unexpected, that is exactly what happened.

Later in this article, I’ll be sharing more about my airy, new space and how to sign up for a treatment, so you’ll want to keep your eyes peeled for that.

Learn to get comfortable with your intuitive nudges

It’s not the first time an idea has popped into my head this way. I’ve actually become quite comfortable getting intuitive messages as thoughts. Paying attention to any intuitive guidance that drops into my awareness is a skill I actively hone.

Typically, the first time I notice the unexpected nudge or thought, I ruminate over it and then I forget about it. It will stay with me though and hover in the back of my mind. A few hours or a day may pass before that same thought or intuitive nudge pops back up into my awareness again. I recognize it, allow it to sink in again and spend a little more time pondering it. Then I let it go. The third time, the thought or intuitive nudge appears, I take serious notice. Now I know I am getting a very specific nudge from Spirit, and that this idea is not going to go away until I take action.

A nudge does just that, it nudges you in a certain direction, gently guiding you to take action towards a specific goal. This nudge helped me to find my new office with my intuition.

Taking action is key to keeping the intuitive juices flowing

I knew I would need to take some sort of action if I was considering opening a physical office again. I contacted the owner of a recently opened counseling center, located in a split level house that had been refurbished into 14 separate offices. We spoke at length, and I inquired about the office spaces that were available. As she described a space on the lowest floor that had its own private entrance, I knew I had found my new office.

A bubbling sense of knowing palpably flowed throughout my body. A knowing is different than a nudge. When a knowing drops in, my gut feels this choice is right for me at the time. At that moment, I knew it was time to open a physical office again and that I had found my new location.

Having closed my office during the pandemic, I was not sure that I would ever be opening a physical office again

Once the pandemic started, I closed my old office temporarily. I patiently waited six months and then realized through a series of intuitive nudges that I needed to walk away from that office permanently. Initially, I thought I was going to wait out the pandemic and then I realized, there were too many reasons to not keep the office. So I closed up shop for good…I thought. Again, I followed my gut on that one also.

Sometimes we are tricked into action, for our own good

Spirit tricked me to walk away from my previous office. That’s what I call it when I get an intuitive nudge to do something which then turns into a completely different unexpected end result. It starts out feeling right to move in a certain direction and then something changes, and another possibility emerges.

This new possibility was not visible until I took steps into the new direction. Then it was revealed. Even though I call this ‘Spirit tricking me into taking action,’ I know it is the way the Universe works. In order to get my energy moving towards a certain goal, I have learned to trust the nudges that come and to follow them.

It’s not always possible or necessary to see all the steps at once. Sometimes we just need to get enough information to start moving in a certain direction. After we have taken those initial steps, then the Universe shows us the next possibilities. We might feel that Spirit has tricked us because we didn’t see that next step coming. But in reality, the next possibilities may not be revealed until we take the first step.

Patience needed; sometimes what is coming into your reality has not been brought into physical form yet

One of my dear friends and mentors from the past used to always say, “If you are not sure about what action to take, then don’t take any action, until you are sure about it.” She said, “Sometimes what is coming into your reality has not been brought into physical form yet.”

I view this as looking at life from a juggler’s perspective. If the juggler has all these balls up in the air and they’re all moving around and haven’t landed into his hand yet or onto the floor, then he has to wait for them to drop. Similarly, all our life’s possibilities are shifting around until they drop into form, into reality. We may not be able to see or feel a possibility until it gets closer to reality.

Progress on our path is a step-by-step process

Here’s an example of how it works. While my old office was temporarily closed during the pandemic, I got an intuitive nudge to repaint it. If I’d known that I was going to close that office permanently, I might not have repainted it. But in a sense, it was an act of closure, completion and cleansing. Within a month, I was out of that office for good. Those intuitive nudges that first gave me the idea to repaint my office, ultimately convinced me to close my office of 17 years.

Adjusting to the new reality inside the pandemic

Right after the pandemic started, I took steps to upgrade my Reiki abilities to be able to teach Reiki online via Zoom. I also started doing Reiki sessions on my clients via Zoom or phone. The Reiki sessions were amazingly effective over the airwaves. Zoom Reiki classes proved to be a brilliant solution for offering classes to people who wanted to learn Reiki but couldn’t do so in person.

My Reiki practice blossomed in ways I hadn’t seen coming. In fact, leading my monthly Zoom reiki share for the past year, became a saving grace for myself and a small online group. I plan to continue offering Zoom Reiki sessions and classes on a regular basis. 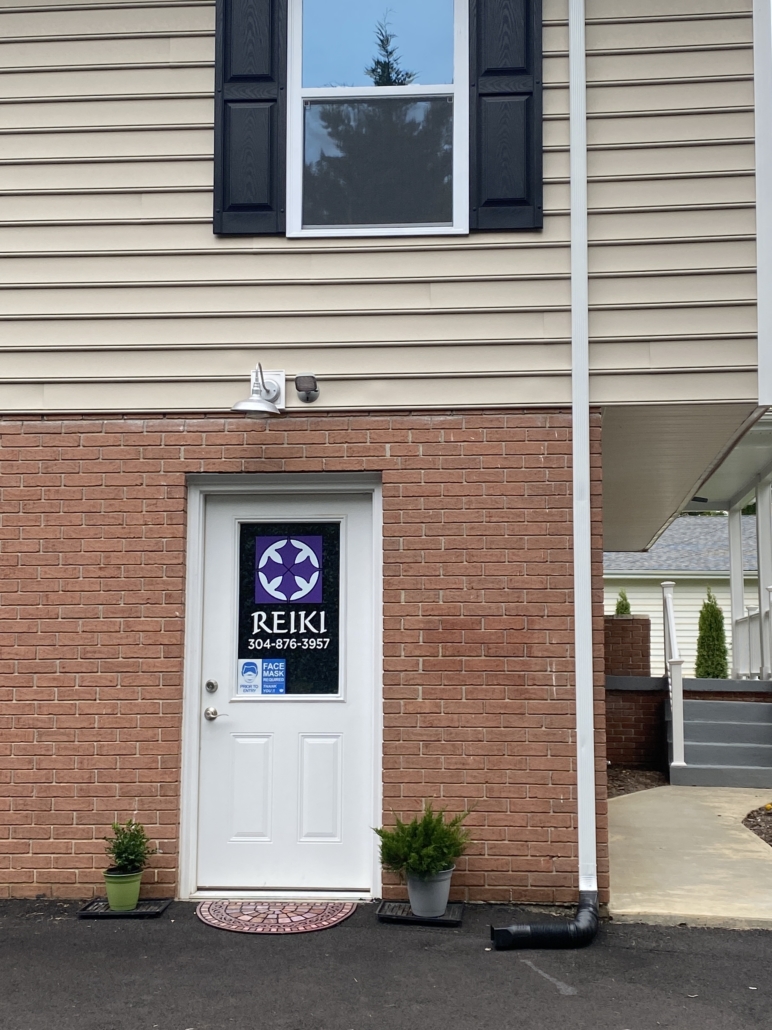 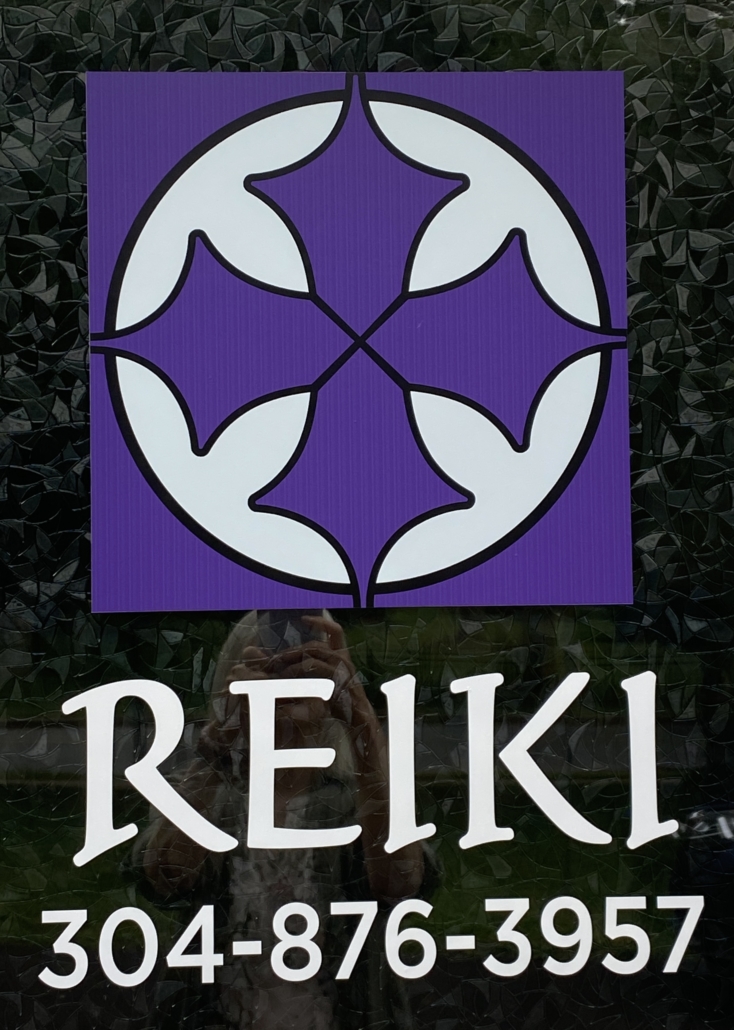 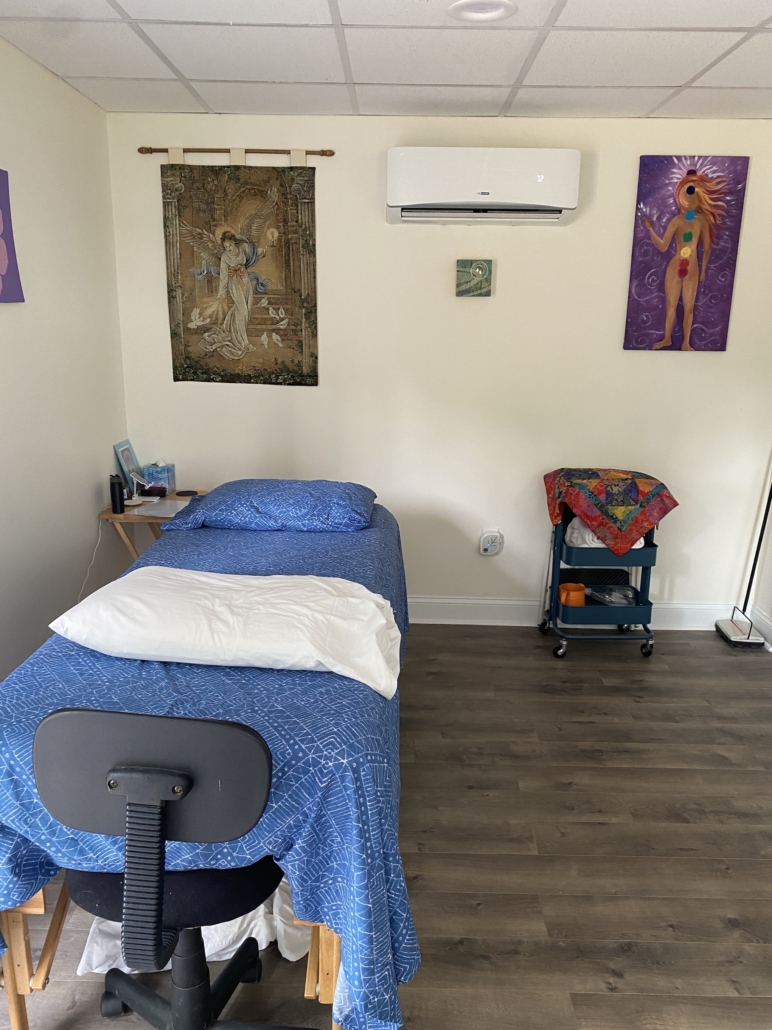 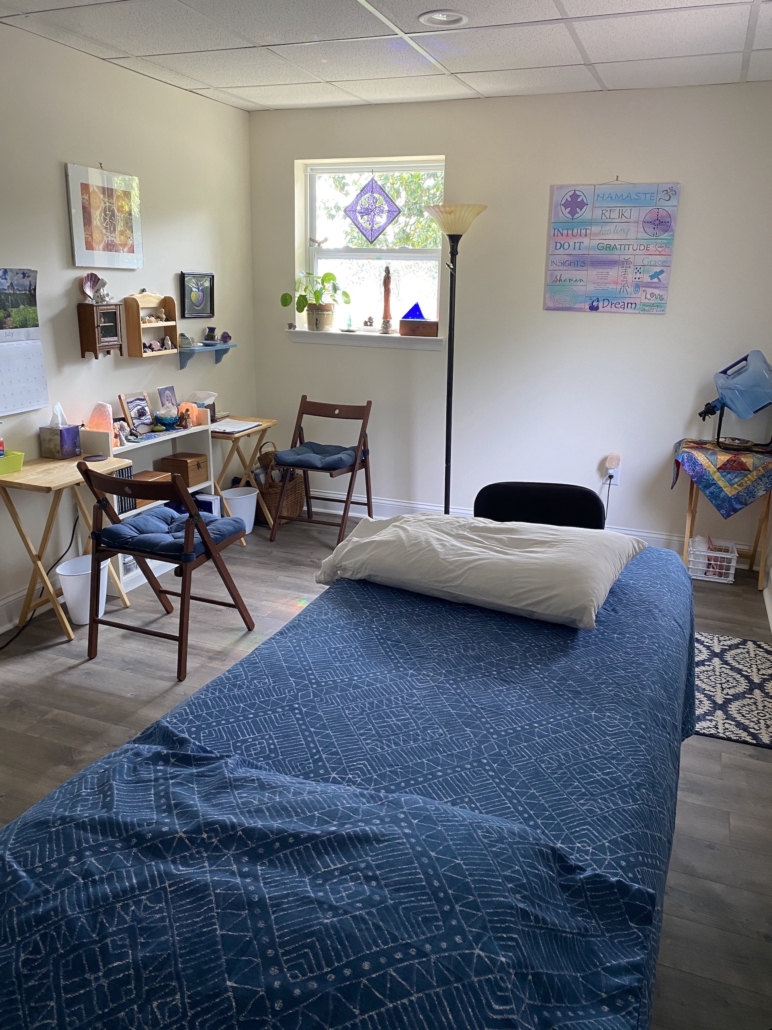 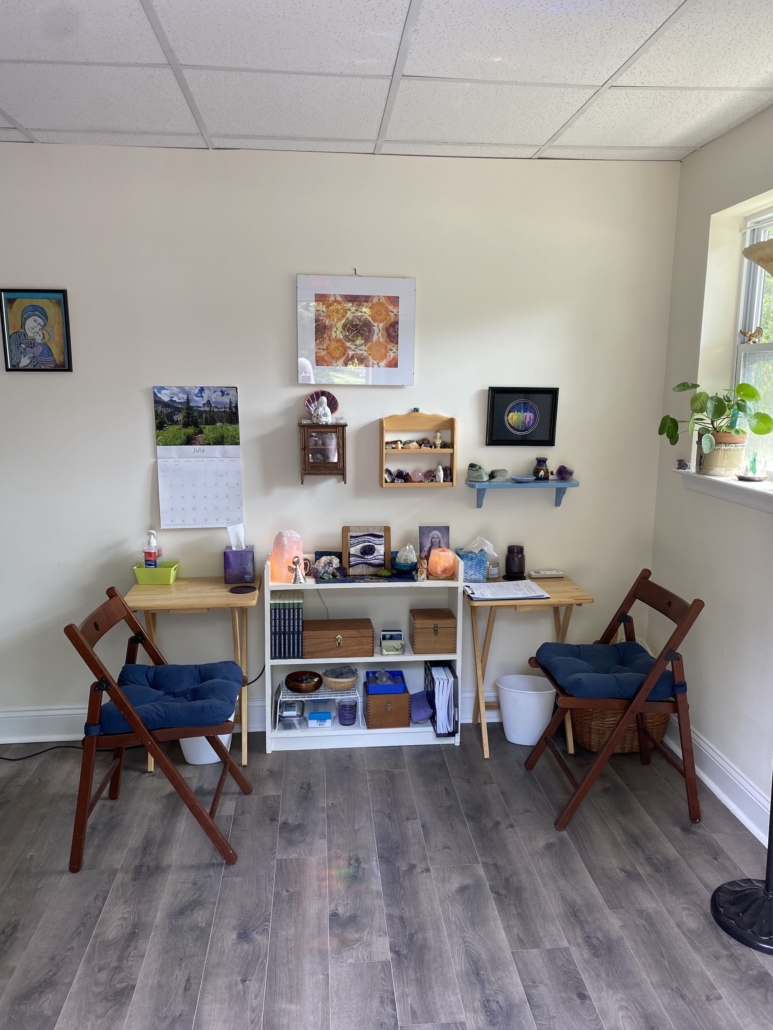 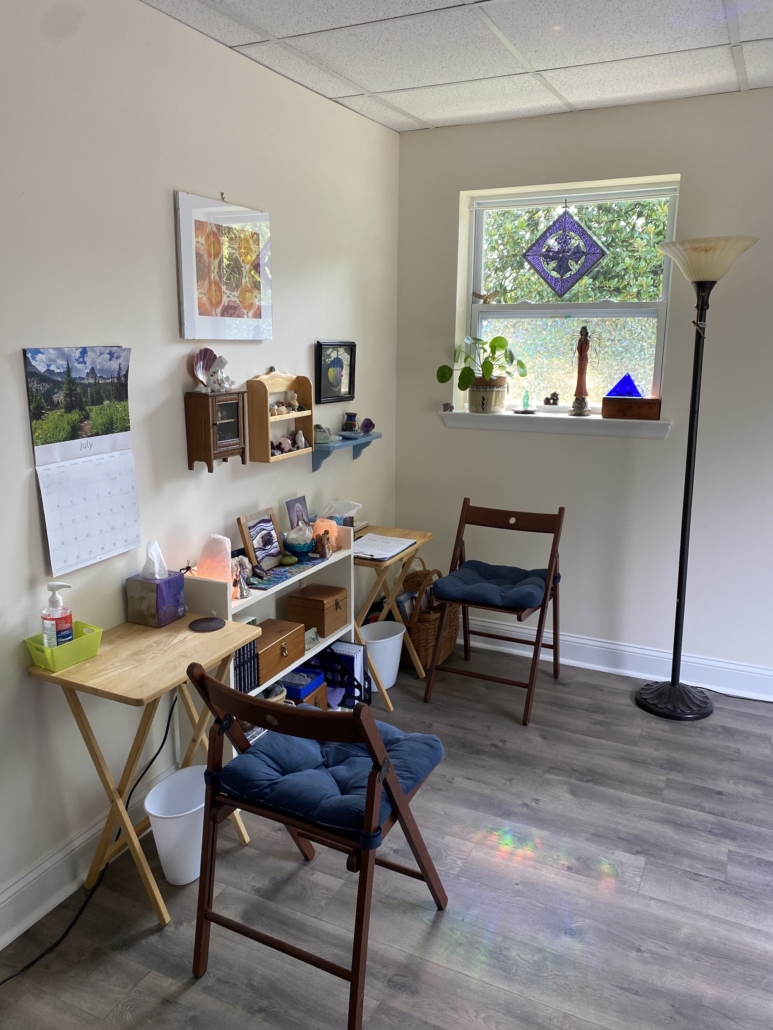 My new office is quiet, airy, bright and cozy. Just right for receiving Reiki, relaxing and self-healing. A perfect place to forget your worries and caress while relaxing during a Reiki session. Choosing regular self-care Reiki sessions restores a sense of well-being in a stressful world.

Our intuition flows more consistently when we actively interact with it

How to strengthen your intuitive powers

I’m really pleased my intuition led me to my new office, right in the perfect timing. It was a pretty seamless process and fell into place nicely, even with the heat pump problems prodding me to take the quieter, slightly larger office. That’s another way that I know the Universe was helping me, the flow was almost effortless.

Have you noticed any intuitive nudges in your life lately? In a comment below, share with me what they’re telling you.

How to Love Your Imperfections