A Father and The Earthly Journey is Complete 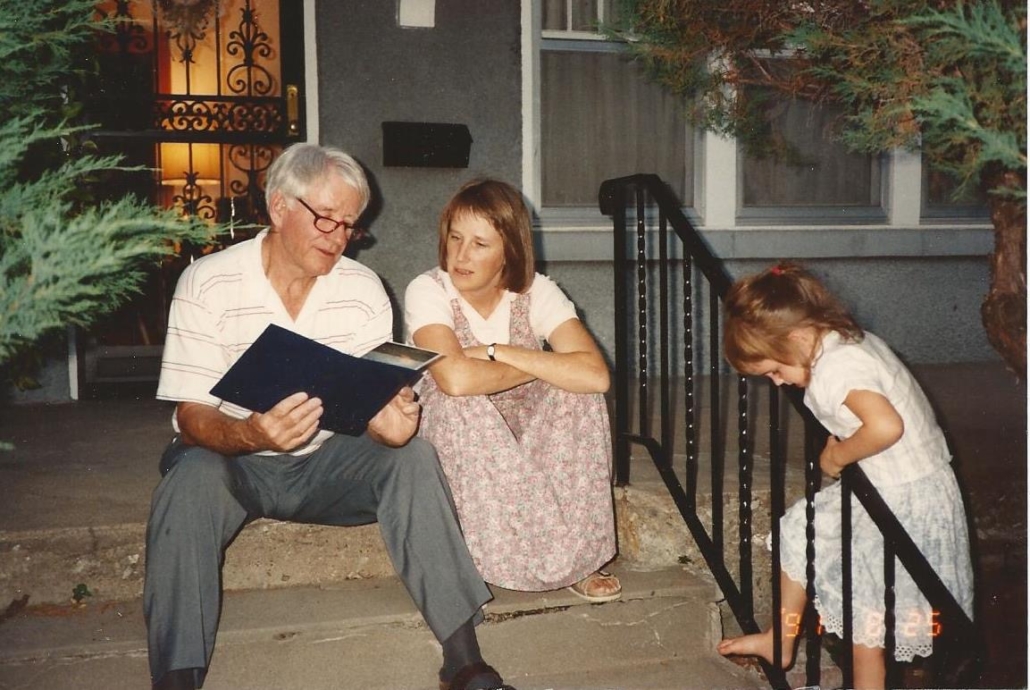 The first poem I wrote two years into my father’s dementia and the second was written later that same year after he passed away.

A father lost, can not be found
his essence is buried, buried deep below.
He is not available, if he ever truly was.
His world is not for our eyes to see.

He struggles to connect outside his web.
His arms reach out, yet lose their grasp.
He pursues his thoughts like runaway trains,
only to find, they were gone before he arrived.

Does God keep their world soft and protected?
Is it ok to lose things when you don’t know they are lost?

For one who couldn’t cope with loss,
he lives in the lost lands now.
His journey down this path, began with his own mother’s death;
unbidden, unwelcome and certainly unforgiven.
He spared not himself as he held onto his grief,
it ate at his cells and his flows.
His movements slowed down and in some areas stopped,
at first imperceptible, until enough had laid forth.
His story is known, yet none choose to believe,
lest they need shine the light nearer to their own souls.

The peace to be made is within myself.
It is a private thing, to which he bears no chord.
He has the freedom we all desire, yet it looks not easily done.

He is betrayed in every moment, by thoughts; windows of his soul.
Betrayal leads to distrust and onto the paranoid road
one finds his dust.
His dust is all that remains, his shape is recognizable,
his voice is familiar.
His eyes still bear witness as his brain lags behind.
If he never spoke, one would never know
if he never moved, he’d be mistaken for times past by.

I want to lend a connection—a wire, a line, to reel him back in.
Would my rescue be against the tides?
Has his choice been made so long ago?
What right have I to interfere?

He is on his path and he is still my mentor.
Shall I judge lessons as bad when they are not of my taste,
not of my design?
Or shall I accept the learning, on time?

I lost my dad and yet he’s still found.
The rest of the class is self taught.
He learns each day to live with himself anew.
What finer example can I desire?
The empty place he once filled
awaits my own self love.

He is the burden and the sacrifice at once.
He is the gift and the challenge begun anew.
He is the simple. He is the sensitive.

The Earthly Journey is Complete

The earthly journey is complete,
loved ones left behind,
hold memories of your time,
a life well lived, a love well shared.
Challenges and crisis drove the sinner
towards the light.
Lessons learned, lessons failed
make up this long dark night.
Pockets of joy, periods of adventure,
Integrity had a worthy student
and Honor a noble son.
His greatest teachers were not earthly ones,
they now rejoice to bring him home.
He lived well, he mentored well
the Path paved by him is lined with gold.
His heart was pure, his heart was flawed
His heart was open always to all.

Inspire me now, inspired me then,
Inspire lead on until my end.

Thanks Dad for all you shared.
Love you.

A Blessing from ANAM CARA
Scroll to top