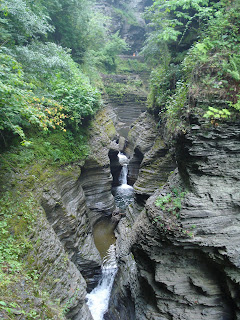 A typical Reiki session with me as the practitioner usually starts by focusing on what’s going on in the clients life currently, connects this to their near past (adulthood) and then to their far past (childhood). Today’s session was no different and yet, I am still pleasantly surprised by the continuum which cycles through everything, connecting it all together. Time and again, clients come to see me and we (the client, myself, and all the healing forces of the Universe) find a way to tie it all together into a neat little bundle ready for transformation.

A healing session sometimes begins the moment the first words are spoken by the client; perhaps even as they walk through the lobby, before entering my office. “I was busy all morning with the workers who are repairing something at my house and then the rain forced them to stop for the day and this is all very stressful,” Vicky (names are changed…) says as she walks through my lobby.

She then sits down in my office and begins to describe how much she enjoyed the weekend retreat she had just attended. While being inspired by all the speakers and attendees, she was tired from being unable to sleep well due to her best friend’s snoring. She mentions that she had just gotten some acupuncture to address her chronic insomnia the week before and now her sleep cycle was majorly disrupted by not being able to sleep well all weekend.

Vicky lies down on the Reiki table and I say my opening prayer; asking the Angels and Archangels to help us, along with our Reiki guides and Mother Mary. I sit near Vicky’s head and place my hands on her head, over her eyes. I feel the Reiki begin to flow and I immediately start thinking about Vicky absorbing her roommate’s troubles. I mention that it is not unusual for us to absorb other people’s energy and that we are most susceptible in absorbing the energy of our friends. We tend to let our shields down around them and then we soak up their troubles, issues and emotions. Vicky confirmed that this may be the case and began listing all the problems that her friend was going through. We moved directly into releasing ‘all energy that was not her own’ by imagining the Divine Light flowing into her through the Reiki transforming all the discord into Light. I guided her in breathing out the transformed discord and inhaling more and more healing light.

A nice way to follow this is to call your own energy back that you may have left behind, so we did this next. I continue moving through the standard hand positions of Reiki, spending a few minutes at each location; the temples, the ears, the back of the head and on to the shoulders. As I move to the shoulders, I am getting a ‘nudge’ about going back to the occipital region. I go back to this area, with my hands resting under the back of her head. I also begin ‘thinking’ that she needs to ‘open’ her nervous system. I encourage Vicky to think to herself, “I open my nervous system, I open my nervous system to receive, I open my nervous system to fully receive the Reiki.” I feel more Reiki flowing into the occipital area after she does this. Now I can feel tension and notice how Vicky is unable to relax her head into my hands. It feels like she is on the alert for danger and we begin discussing the reptilian brain and the fight or flight response. I point out that there are actually four choices; fight, flight, freeze or collapse. Regardless of which of these choices the body takes, if the original trauma is unresolved in the body, it can leave the body in the alert stage; looking for danger at all times.

We continue to discuss this and Vicky admits she is worked up about her house and the repairs it needs at this time. She then describes how she has always had to take care of anything that went wrong with the house; her husband, when he was alive, would remark, “You wanted an old house, so you have to deal with the repairs.” This was always a source of tension in the marriage.

I tune into the Reiki and I sense that while this past house trauma was certainly part of the issue, there seemed to be older trauma, perhaps from early childhood. I suggest to Vicky that she think about a time from then and she remarks, “I was five when we moved to the new house, and it was a very sad house.” “Oh,” I respond, “and what made it such a sad house?” “My parents always argued about that house. My mother never wanted my father to make it more expensive than it had to be, for she was afraid they couldn’t afford it. He always wanted things she didn’t want and he argued until he got his way, hence they argued while it was being built and after they were in it. Once it was built, it turned out, they couldn’t afford it and instead of my mother being able to entertain her friends there, she was forced to go to work in a factory to help pay for the house. She was very bitter about the house.” “So, as a child, you absorbed their anger and frustrations around the house,” I replied. “As an adult, you recreated that pattern with your own house and husband,” I further demonstrated. Vicky agreed with my assessment.

We can heal our past by sending Divine Light to it, simply by imagining surrounding the whole time continuum with light. Your intention to surround something with light is what makes it happen. By sending light to our past, we loosen its hold on us and avails it to transformation. We cannot change what actually happened in our past; however, we can absolutely change our response to it. Usually our response is still stuck in our body, mind and spirit; awaiting resolution. Light literally infuses itself into our thoughts, our emotions and into our physicality, transforming what is willing to be transformed; lightening it up, vaporizing the congestion, the darkness.

In this case, we then take advantage of all the light streaming through her entire life now and we use it to release held emotions. I guide Vicky through ‘inhaling light and exhaling the transformed emotion.” We repeat each one three times and we release hatred, anger, frustration, shock and guilt; hers and her parents which she had absorbed as a child. I ask Vicky to check back in with that childhood trauma to see if it is cleared or feels lighter. She senses sadness and feels tension in her shoulders. We tune into the sadness and I sense the presence of a belief, “it is all my fault.” I am curious why a child would think her parent’s problems are her fault, but many of us internalize the discord in a home and imagine that it is our fault that our parents don’t get along.

Then Vicky shares the core of the problem; “all the men in the family helped the contractor build the house and my Uncle painted over the new door handles and plates. My mother was so angry that he did this and she was venting about this in front of me at age five. I went to my favorite Uncle and told him that my mother was angry at him. Well, as you could imagine this ignited a huge fight with my parents and with the extended family. And it was all my fault and no one told me any different.” “I remember feeling bad about that for years, knowing it was my fault,” admitted Vicky. She mentioned that at age 7, after two weeks at Girl Scout camp, she was the only child who cried because she had to go back home.

I asked Vicky how she felt now and to look back at the past and to see how that felt. Vicky remarked how relaxed she felt and that the past felt totally different now, much calmer, more peaceful. I always go back to the shoulders at the end of a Reiki session to check the flow through the body; to feel if there is a consistent flow of energy running from the head to the toes. At this point, the flow of energy was greatly improved from when we had begun the session.

The amazing thing was how every aspect of this session was an essential component. From the moment Vicky walked into the office lobby she was weighed down by her house issues, without knowing how many years of house issues were tied together. It will be fascinating to get the feedback on how her sleeping goes after this session and if she is able to relax about her house repairs now.

Restore Your Self~Introducing the Breathe in Light Technique: ‘Bright’

‘Restore Your Self ‘introduces the Breathe in Light self-healing technique: ‘Bright’, which aids one in using their breath, Light and intentions to transform and release the accumulated life history stockpiled within us.